One of the most enjoyable aspects of life at Treasure Lake is the large number of year-round special events that are available across a wide range of interests. With a full-time recreation department and several active venues, opportunities and special events abound!

You will enjoy special food events and dinner buffets for holidays and Sunday brunches at our various food and beverage amenities. Live musical entertainment is available periodically throughout the year.

Also hosted within the grounds of Treasure Lake, are outdoor Music Festivals that have featured many big-name acts such as Charlie Daniels, George Thorogood, Three Dog Night, Rusted Root, .38 Special, Brett Michaels, Parmalee as well as many other great musical artists.

There are countless opportunities for children. We host special theme-based holiday events such as Easter Egg Hunts, Breakfast with Santa, Storytime with Mrs. Claus, a Halloween Ghost Hunt; these are just a few examples of what we have to provide entertainment.

You can also find out about events via Facebook, our marquee at the front gate and our e-blasts.

For news and updated information regarding Treasure Lake, use the links below.

Calendar     The Calendar is a comprehensive listing by date of everything related to Treasure Lake: music, dining, meetings, travel alerts and more. 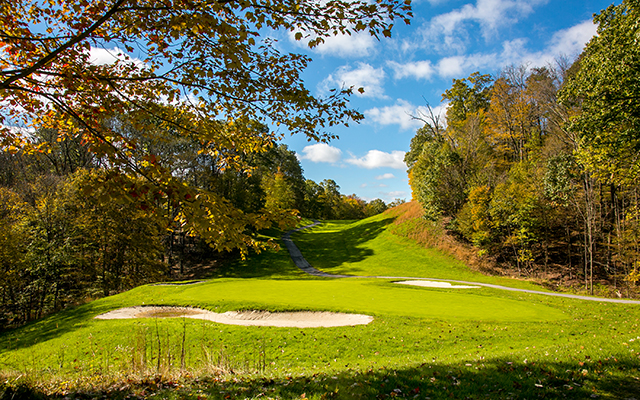 Our wonderful restaurants host live music entertainment often. Visit us and enjoy your meals and drinks in style!

Among Treasure Lake’s recreational amenities are several sporting fields. You’ll find beach volleyball courts at New Providence Beach and DuBois/Treasure Lake KOA, basketball courts across from the Ski Lodge and at Captain Kidd Park, a soccer field, a football field and a baseball diamond in close proximity to New Providence Beach (access at Wharf Road) and four clay tennis courts at the tennis facility on the shores of Treasure Lake. There is also a YMCA facility at Towne Center as well.

In addition, Treasure Lake is open for water skiing and jet skiing, tubing, kayaking and fishing. Bimini Lake is limited to access for boats with motors of 9.9 hp or less.

There is a shooting range accessible from Bay Road near our DuBois Treasure Lake KOA Campground.

You’ll never be limited in your choice of sporting activities at Treasure Lake.

Our first New Providence Beach (Treasure Lake, DuBois PA) tournament is Sunday May 17th.  Its coed 2s (2 vs 2).  If we have enough, we will split into 3 divisions (BB,A,AA/Open).  If not, we will split into 2 divisions (BB/A and AA/Open). Format similar to last year with waters, Gatorade and pizza also provided. You can bring your own alcohol and drink responsibly if you are over 21 years old,  just no glass bottles. 100% prize payout plus custom t shirts for the winners. Text Jon at 330-881-6553 to sign up.   Here is the full list of tourneys this year:

*Womens 2s is played on grass

*Mens 2s is played on sand

*Coed 2s is played on both surfaces so bring shoes

*The cost for all tournaments is $25 per person

B- Recreational volleyball. Not always bump, set, spike. (We don’t have a league or tournaments yet for this level but can if the interest is there)

BB- Has knowledge of the game, plays bump, set, spike volleyball but typically cant crush a spike, jump serve or score (side out) most times when receiving a serve.

A- More consistent than a BB player and sides out rather consistently when served.

AA- The closest level to semi pro.  Typically a very tall and athletic blocker at the net with a quicker athletic player playing behind him or her. Sides out very consistently when served.

We will also be doing a Men’s 2 vs 2 sand volleyball league and a Women’s 2 vs 2 sand volleyball league that will both run on Wednesday nights (game times 5:45PM, 6:45PM and 7:45PM).  The level is mostly BB with some A and AA players.  The league will start on May 13th and end in the middle of August.  The cost is $80 per team and the winners will get custom t-shirts.

Our courts are fully updated since 2016 with new sand, nets, polls, antennas and edge guard. 6 foot tall perimeter fencing is also being installed soon.   Tournament players from Ohio, PA and Maryland have come to play these past few years and some have said when considering the court quality and backdrop of the lake, it’s their favorite place to play. 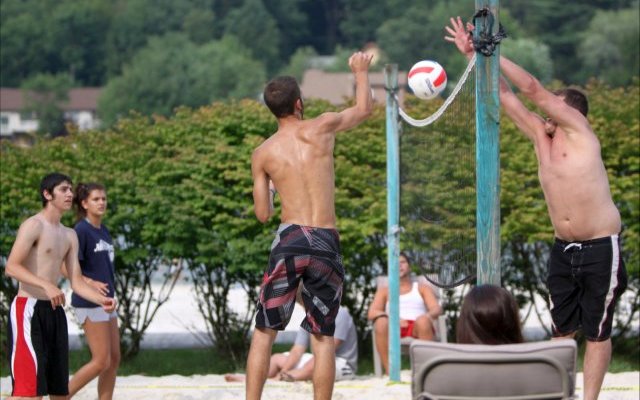 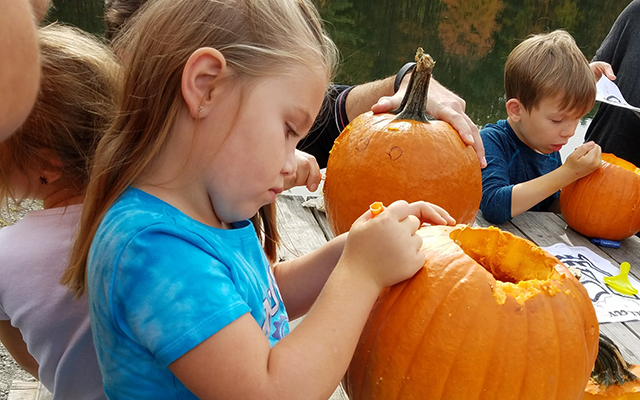 Your kids will never feel left out at Treasure Lake. Our recreation, events and food/beverage staff work diligently to provide fun activities all through the year for children.

Click our Calendar to see what we’ve got in the works for your children.

There are many opportunities to become involved here at Treasure Lake.

The Community Improvement Club (CIC) is a Treasure Lake affiliated club whose purpose is to enhance and improve the inherent attractiveness of our community by using the talents and energies of property owners. The focus of the club includes general clean-up and landscaping along with other small maintenance projects.

The Ladies of the Lake is a social organization for women at Treasure Lake that was established in 1973. Each month, a luncheon is held at the Lakeview Lodge restaurant. Between 60 and 80 members meet the first Wednesday of each month at 11:30am for social hour, with lunch at noon. Dues are $10/year. All women are welcome. Please come and join us!  Click here to display their Facebook Page.

Stitches Quilt Club offers quilters in Treasure Lake and the surrounding areas an opportunity to share their love of quilting every Monday afternoon from 1 p.m. to 4 p.m. at the TLPOA building. The first Saturday in November is set aside for the Annual Quilt Show, an event where projects of the year are displayed.  The Quilt Show is open to the public. The Quilt Club’s goal is to promote Quilting in all forms. Whether you might be a beginner or an expert quilter, new members are always welcome.

Whether you are a guest, snowbird, camper or year-round resident of Treasure Lake, join the Dubois/Treasure Lake KOA Campers Club! This club is open to all, regardless of age or camping experience. For more information call the KOA campground at (814) 913-1437.

Treasure Lake Wildlife Committee was formed to address wildlife concerns and the growing over population of the deer herd in our suburban community. Click here for more information. 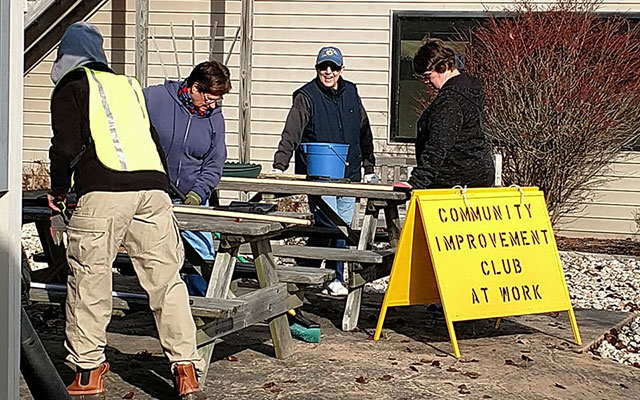 Take a look at our world class concerts coming to Treasure Lake in August 2021!